There is an urgent need for a new energy infrastructure adoption in Africa to address the lack of power supply as Africa is considered to have the lowest electricity access rate (54%) in the world. In North Africa, power access is like a lost title as 96.5% of its population does not have access to a constant energy supply system, which is lower in Sub-Saharan Africa with a 47.7% rate.

The Hydropower system plays a crucial role in Africa's energy system, especially in eastern and southern Africa considering the fact that hydropower generated electricity accounts for 90% energy use in Ethiopia, Malawi, Mozambique, Namibia and Zambia.

According to reports by the International Hydropower Association, Africa has the highest Unused hydropower potential as only 11% of the total technical potential has been utilized. However, hydropower application is projected to highly increase in Sub-Saharan Africa even though Hydropower installations have been hitting its low moments in Africa since 2010. In Africa, approximately 1 GW of hydrogen systems were established In 2019 achieving a total of 37 GW installed capacity and  a total electricity of 138TWh in general. Presently, More than 50 hydropower projects are still under development and projected to include an additional power capacity of 15 GW by 2025 at a CAGR of 9.7%.

Water scarcity is hitting some areas in the African continent which is adversely affecting the hydropower operations as it needs water to function well. Although severe drought conditions are witnessed in Northern Africa, ? of the continent is arid or semi-arid. Furthermore,  Hydroelectric generation is even expected to experience worse drought conditions as river inflow has been foreseen to reduce more than usual  during the dry season due to climate change. Climate change effects such as erratic precipitation patterns can increase the risks in operating a hydroelectric system as it affects water availability. Consequently, the higher the temperature, then the more the evaporation loss. The average hydropower capacity is projected to decrease from 1.4% to 2.9% in the coming decade. Although on a regional basis, depending on the individual country involved, Hydroelectric generation capacity can drop as high as 10%or even more.

The African continent has the most abundant solar resources globally with a majority of its countries possessing great solar potential with more than 85% annual average of solar irradiation surpassing 2000kW/m². For instance, the annual rate of solar irradiation in Europe depending on the area is between 1100 to 2000kWh/M², with the highest rate occurring in prime regions such as Malta and Cyprus.

Currently, Africa has a total of 5GW of PV installed Capacity which doesn't even amount up to 1% of total Global Floating PV installations. Although IEA estimated an annual average PV installed capacity of 15GW, which will amount to 320 GW by 2040 thereby making the PV energy system the highest electricity provider at that time exceeding natural gas and hydropower.

There is an obvious need for harnessing the high solar resource potential in Africa as the need for more energy options arises.

The Floating solar PV system offers a lot of benefits and possibilities and solutions to Hydropower challenges in Africa- when combined together.

The following are the FPV-Hydropower hybrid system Advantages:

In conclusion, FPV- Hydropower hybrid system application will provide the solutions to the energy challenges currently faced in Africa today. In addition, there's an urgent need for supportive policies, massive investment and development as regards the situation. 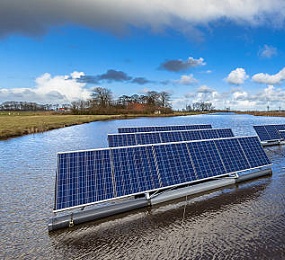 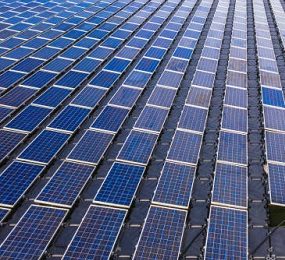 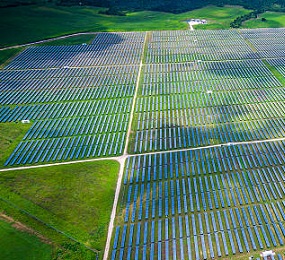