The SMART subsea cables initiative (Science Monitoring and Reliable Telecommunications) is the solution to integrate sensors that could help monitor and model fundamental data to be able to understand and mitigate some societal threats such as climate change, sea-level rise, ocean warming, tsunamis, and earthquakes. SMART sensors are used to store information on the power and communications infrastructure of a million kilometers of subsea fiber optic cable and thousands of repeaters, as they tend to possess the potential of observing seafloor using cost-effective methods.

SMART sensors would be used to calculate temperature, pressure, and seismic acceleration in which the obtained data will be used to tackle the two major scientific and societal issues- the long-term need for sustained climate-quality data from the under-sampled ocean (e.g., deep ocean temperature, sea level, and circulation), as well as the near-term need for improvements to global tsunami warning networks. Three UN-owned agencies- ITU, WMO, and UNESCO-IOC have created a joint task force to enforce and facilitate the SMART initiative.

SMART cables concept has a central feature that commensurates the 21st-century global key themes- global connectivity increase, global war against as well as Ocean management. The SMART cable's fundamental characteristic is integrating environmental sensors into commercial submarine telecommunications or power cables so as to observe measurements of ocean bottom temperature, pressure, and three-axis seismic acceleration. In addition, The Smart sensors are meant to possess little or no impact on the hosting system(Submarine Cable) operations, need no special deployment mechanism, and are efficiently reliable within a minimum of ten years. Moreso, Smart cables are developed with oceanographic sensors which possess the potential to provide solutions regarding the collection of oceanic condition parameters which give a better understanding and handling of environmental pressing issues such as climate change and prevention of tsunami hazards.

The sensors deployed alongside the cables for ocean research observatories at a very modest non-recurring cost. Such sensors are planned to be integrated into power or telecommunication cable to create SMART cable systems.

Decades back, the concept of the Smart cable was introduced by placing a few sensors on disused cables in order to detect earthquakes and tsunamis in Japan. Since then,  new modern fiber-optic cables with power and high bandwidth have the capacity to be used beyond the conventional methods like research vessels and fixed buoys. The first observatory cable was built in 2006 named the coastal VENUS system and in 2009, the regional NEPTUNE observatory began operation.   As the years go by, the system continues to evolve in order to meet demands such as national, scientific, and geographical needs. These innovations are progressively creating smaller, precise, and highly dependable sensors. This includes DONET and S-net in Japan and Ocean Observatories Initiative in the USA.

The Global Subsea Fiber Optic Network has more than 1.1 million km of cable in distance. It is worthy to note that about 400 subsea cable systems are currently in operation. Cable replacement or expansion occurs at intervals depending on the routes (Major routes: 5-10 years; Minor routes: 10-15years) so therefore, Smart sensors application can be introduced on all cables including already existing ones.

What are Subsea Cables

A Subsea Cable consists of different protective layers- which are typically determined by the water depth, seabed conditions, and potential risks; Amplifiers are also known as repeaters, the electrical conductor as well as optical fiber strands.  Cable lengths can be less than 100km or beyond 10, 000km in distance. However, Cables with up to 2,500km in length are ideal for the installation of sensor capabilities as these systems already possess sufficient design margin and can shoulder additional fibers used as a sensor data carrier.  Cables of 6,000 km or more deployed in oceans are the most challenging. Considering this, shorter SMART cables need to be operated successfully before such sensor functions can be imbibed into longer cables.

How to turn From Single-Purpose Subsea Cables into SMART Cables

The repeater part of the cable is embedded with some functional elements such as the sensors needed, digital signal processing, an embedded processor, an Ethernet data switch, fiber optic transceivers, and also power supplies. Although the best way to transmit sensor data is to manage with one fiber pair which lowers the total capacity of the entire cable system, anyways this option is still under consideration.

In order to incorporate sensors properly into the repeater, a lot of technical challenges must be met which include the placement of accelerometers, temperature and pressure sensors in the repeater housing, and other conditions

Design and Development of SMART cables

SMART cable designing and development brings together scientific organizations, cable system suppliers, as well as cable system operators such could be perceived from the seismic observatories deployment in Japan which already operates with the most needed components and capabilities.

Before cable installation is done,  Surveying comes first. The Surveyor will have provided data presentation on the integrated geophysical and geotechnical plan so as to make final conclusions on the installation plan and procedures.

A detailed desktop study is needed which will further simplify the optimal route of the cable, how the survey will occur, and then the work schedule prior to the survey period. Technically,  the study basically consists of the topography and type of seabed vs optimal or shortest routing. The survey plan is constructed with the obtained information which depends on the designed cable survey route, logistics as well as the environmental parameters needed. After all, these are presented, a route survey scope of work is then prepared.

The water survey basically covers the route and location where cable burial is meant to take place. The survey team uses a different range of sensors such as multibeam echo sounder, sub-bottom profiler, side-scan sonar, and magnetometer and in some cases requires the use of divers that collect video footage and probe sediment thickness where survey vessels cannot operate. All these survey sensor applications depend on the water depth measurement to ascertain the required specifications. In addition, To ground-truth, the geophysical interpretation as well as burial assessment survey, then CPTs and coring need to be very much ascertained. In deep water where mostly all SMAT cables are being buried, the water depth no matter the distance to be covered undergoes a survey using a single line of multibeam echo sounder data.

Areas that could possibly encounter seasonal weather patterns, i.e. monsoons in Asia, hurricanes in the Caribbean, cyclones in the South Indian Ocean, etc. and that also need significant savings are required to have a survey timing i.e. the right time for such to occur in a year with no threat of any kind. To achieve this, an optimum plan consisting of the correct segmentation of the survey disciplines based on the weather and environmental parameters must be assessed and added to the work plan.

How SMART Cables are Buried

Cable laying is one of the costliest operational activities as it requires functionality and measurements of the total length of cable, water depths, and required protection and resulting cable types. However, surveying prior to installation helps to minimize these planning challenges.

Most SMART cable burial methods are similar to that of a typical Subsea cable. Thus, trenching method is used. Some built systems are available and have been designed and developed for the ploughing of seabeds depending on the water depth and the cable length and cable route. Furthermore, smart ploughs all feature powered steering and variable depth control to maximize cable protection as well as jetting to transform progress rates in dense sands.

A pre-lay plough, which works hand in hand with tow loads is used for boulder clearing, trenching, and/or backfill depending on the configuration. It can also be modified to be able to carry out any combination of these processes thereby reducing cost and time but still being efficiently reliable. 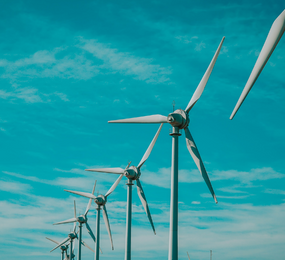 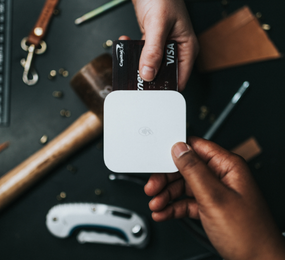 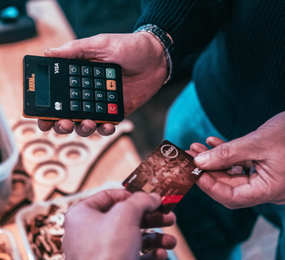 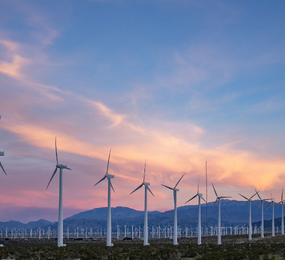